Underneath the filtered light of the fading day, people in felt badges have been wandering into attic rooms, archival buildings, parks, libraries and museums, looking for something that they might have yet to notice has been there all along. They sent messages to people they have not spoken to in many years. They sent their voice into the ether wondering if anyone was on the other side of the line. They filtered through cards looking for the perfect book cover to remind them of someone (and they stole a few for later, too).

Did Caffe Nero at the Clifton Triangle ever have a bench and stools looking out the window? I remember looking out, I must have been drinking something and reading an article I had printed out at uni. The guy next to me was waiting for his friend and before she appeared he asked if I had seen the unicorns. I looked at him. I hadn’t seen the unicorns.

They are on top of the council house building, he said. I tried to remember the building but no unicorns came to mind. That was five years ago and I often pass off the question now as mine.

Why are they there? I never knew until Venue magazine published its Plinth Charming feature.

The feature is by Eugene Byrne and it’s not entirely about the golden, shiny, mythical creatures. It is about the work ‘Public Sculpture of Bristol’ by Douglas Merritt and Francis Greenacre with Katharine Eustace. Some familiar sculptures are the ‘nails’ on Corn Street, the bust of Samuel Plimsoll opposite the SS Great Britain and the Creation scene by Walter Ritchie outside the Bristol Eye Hospital. There are many more unknown works of course and these could be even more interesting than the familiar ones which now feel local.

The book was produced for the Public Monuments and Sculpture Association (PMSA) and adds a little more detail and depth to the bits and pieces that make up Bristol. Added layers to the city include these sturdy additions but also some less permanent fixtures such as street art / graffiti which one of the authors, Greenacre, does not find as useful. He says that “It’s marvellous provided it’s seen as ephemeral, and I would imagine most practitioners see it as ephemeral”.

Perhaps. Some things are meant to last and others leave an impression before they move on. The unicorns don’t appear to be going anywhere but the magazine which printed the feature may soon be gone.

Venue magazine is due to cease publication after issue 962, in shops Wednesday 16 March. To save Venue in order to provide further interesting articles as the one by Eugene Byrne please follow this link. 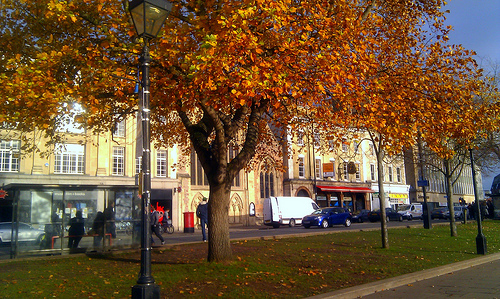 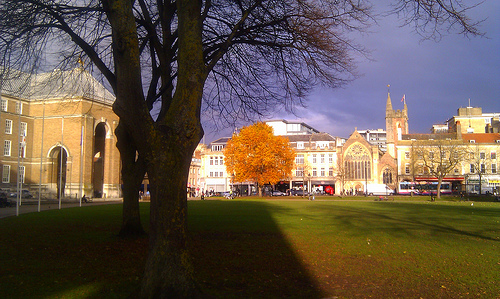 Blue, there is a song for you 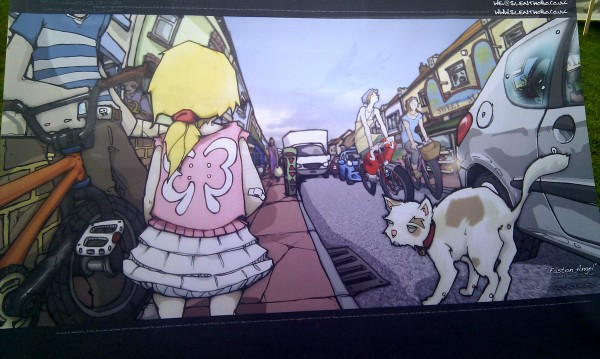 There are 50 tents set up at College Green and they make up the art exhibition Portents. The event is organised by the Pierian Centre and runs from Saturday 18 to Sunday 26 September with each design created by a different group in Bristol. 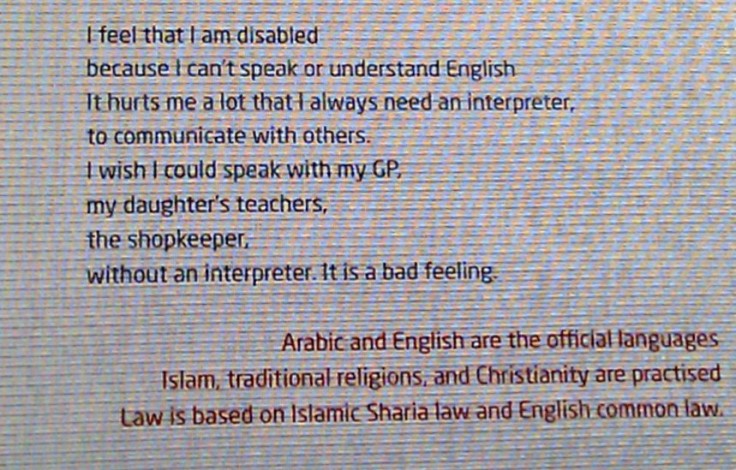 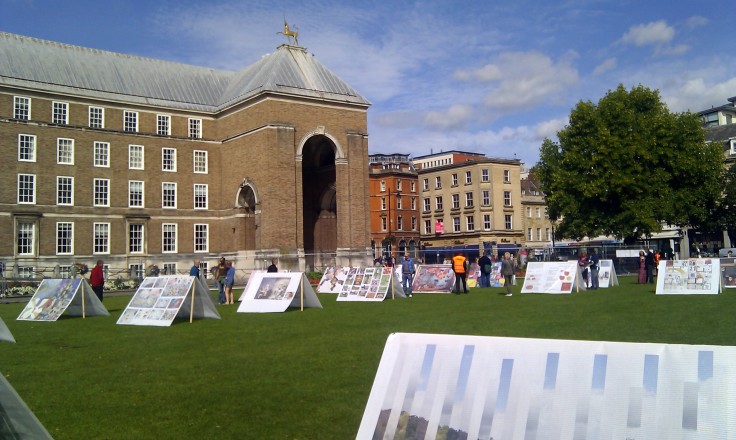