The Magic Strings of Frankie Presto starts off a little slowly as the narrator gets themself established. Considering that the narrator is music itself, this isn’t an easy task but it does make for a little of a slow burn. If anyone can pull it off, it’s Albom whose previous successes give him some leeway.

It’s like when JK Rowling spent pages and pages describing all the departments in the Ministry of Magic describing everything. It didn’t progress the storyline but by that point, no one was censoring her. Frankie Presto is a much shorter story than any Harry Potter could be, however.

Music, our narrator, is at the funeral of one of its beloved musicians, one of, if not the best one that there has been, Frankie Presto. A Spanish documentary is being made about Presto and the story cuts back and forth from Frankie’s childhood to his end. The book is full of cameos from all sorts of famous people such as Lyle Lovett, Duke Ellington, and Wynton Marsalis who either provide their best story or featuring in Frankie’s progress.

With such powerful emotions and dramatic tellings, long-time musician Albom keeps the telling sparse but appropriately wrapped in musical metaphors.

It’s a beautifully told story and I read it in one day. Highly recommended.

The Tiny Wife is a quirky and rather enchanting, fairy tale cross parable fun little story. In a queue at the bank a flamboyantly dressed man holds up the people behind him and makes them give him something of sentimental value. Things then start happening to them.

I will say no more because it is too lovely and fascinating to spoil. I highly recommend it. There is something delightful about the writing which I haven’t found from too many authors. 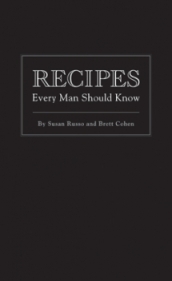 I thought that I might not be the best person to evaluate this book  so I passed it on to a male friend whose cooking skills need some work. His task was to prepare the following mac & cheese dish:

2. Cook pasta until al dente; drain and set aside.

3. Melt butter in a medium saucepan over medium heat. Whisk in flour. Slowly add milk, whisking continuously, until it reaches a boil. Reduce heat and cook 3 to 5 minutes, stirring constantly.

4. Bake until cheese bubbles around edges and top turns golden brown, about 35 to 40 minutes.

Unfortunately he failed to find either of the main ingredients: Gruyere cheese or macaroni. The book did not cater for specific supermarket searches so maybe that’s an area they might want to explore for their next edition.

There is plenty of information on what utensils and implements to use and there is also some motivation along the lines of ‘cooking helps you get girls’. It’s a fun book and perfectly sized. I may have to update you later on the success of their recipes.

I like it. It would make a great gift.

Book received for review from Quirk.

I’ll tell you the exact moment I lost interest in Three Graves Full. Half-way through the book, the police officer in charge of the case is at home and his 14-year-old daughter is preparing to go out. He then gets lost in a reverie about how alike she is to her mum.

My inner censor put her hand up and refused to read anymore. I convinced her to carry on past a few more skimmed pages where the plot became even more convoluted and there I lost any sense of interest I once had. What does this have to do with our main character Jason and the man he killed?

Why are new characters being introduced half-way through?

I already know about Jason, his wife, her father, the guy who died (although I had him mixed up with another guy for the longest time) , the other two bodies, the brother of the husband of one of the bodies , the husband, the police officer, his partner, the partner’s dog who is also given some time to express himself, and the girlfriend of one of the dead people.

I couldn’t take anymore. My brain just couldn’t handle it. There wasn’t even any question about the story that I needed answering, it was all there already. So why would I keep reading?

The writing is nice, Jamie Mason has a very likeable style but in this first novel she gets too carried away with her love of writing rather than focus on her character. She chose breadth rather than depth and if she isn’t interested enough to find out more abou them then why would I be?

There are some brief forays into deep philosophy which just don’t work with the shallowness of this plot-led book which loses momentum once the plot is done.

The story wasn’t strong enough to hold up narration such as the following:

There’s the what and the when of a deed; there’s where it happened and how it was done. But it’s at the why that the liar’s margin begins.

What? This arty construction may sound nice but the emptiness of the work doesn’t back it up with any substance.

Mason is an extremely likeable writer but this story just didn’t work for me. I’m looking forward to trying again with her next book, whenever that may be.

I reviewed the Politics of Voter Suppression and you can find the article on New Europe.

Barack Obama’s reelection to the presidency of the United States was fraught not only with worry about whether he would be chosen by the people or get enough votes in the electoral college but also whether fraud would somehow alter the legitimate results.

An electronic voting machine in Perry County, Pennsylvania, selected Romney when the voter chose Obama, automated telephone messages called robo-calls in their thousands told people that the election was on Wednesday rather than Tuesday; people queued for most of the day because manipulation of voting hours meant they were likely to miss out and many states falsely advertised for the requirement of a photo id where none was needed.

Many, if not all of the above, were intentional acts of voter suppression. From state to state and from legislation to personal acts of intimidation there have been myriad ways that political parties have suppressed votes throughout the US’ election history.

On November 22, 1963, three shots rang out in Dallas, President Kennedy died, and the world changed forever.

If you had the chance to change the course of history, would you?
Would the consequences be worth it?

Jake Epping is a thirty-five-year-old high school English teacher in Lisbon Falls, Maine, who makes extra money teaching adults in the GED program. He receives an essay from one of the students—a gruesome, harrowing first person story about the night 50 years ago when Harry Dunning’s father came home and killed his mother, his sister, and his brother with a hammer. Harry escaped with a smashed leg, as evidenced by his crooked walk.

Not much later, Jake’s friend Al, who runs the local diner, divulges a secret: his storeroom is a portal to 1958. He enlists Jake on an insane—and insanely possible—mission to try to prevent the Kennedy assassination. So begins Jake’s new life as George Amberson and his new world of Elvis and JFK, of big American cars and sock hops, of a troubled loner named Lee Harvey Oswald and a beautiful high school librarian named Sadie Dunhill, who becomes the love of Jake’s life—a life that transgresses all the normal rules of time.

Explore the Possibilities.. (From Goodreads)

Time travelling books can be a little problematic because if you can travel back in time, you should theoretically be able to avoid lots of problems, fix things to make a better world and then go back to a lovely all-better-present and feel like a hero.

As movies like Back to the Future show however, things don’t always work out that way. Stephen King is quite ingenious in the way he makes changing the past a bit more difficult and complicated than with just the power to travel back in time.

As with his other novels, this one goes on for a few hundred pages and King puts a lot of effort into his characters There was a bit of a nod towards his usual haunt of Derry, Maine and a rather large nod to It and the clown Pennywise who terrorised the little children – I thought that this was a little self-indulgent but others may find it a bit of a wink to his loyal readers who have stuck around for the last few decades.

The one thing that I found a little annoying but which certainly adds to the tension and adrenaline-inducing-fright for which King is famous, is the constant foreshadowing in the book.

The story is written in first person narration, post-event so there are many instances of “If only I had known” etc which are just there to get the heart racing and do not offer much else to the plot. I usually think of these tricks as manipulative but they were not too bad.

No matter what his weaknesses, King is a masterful storyteller and I was sad to see this story end. He had to be quite creative to find a way to make it problematic to travel back in time but he managed it quite well. A clever and fun read which I enjoyed for quite a while.

Ephemeral baby: a catch up on posts

Three months and one day old

In case you missed any of the baby posts on the Ephemeral Baby blog I have listed them below.

Starting to get a little obsessed with everything becoming some kind of lesson for the baby.

Discovering that one size fits all isn’t always true.

Choosing Marti Pellow over my child didn’t turn out so well.

I don’t watch tv so much but if I did, I would watch Seinfeld.